Once the capital of Moldova (from 1388 until 1565), Suceava is an excellent starting point for trips to the many historical, cultural and natural attractions travelers can enjoy in the Bucovina region.

Suceava is also the gateway to visiting the Painted Monasteries of Bucovina. 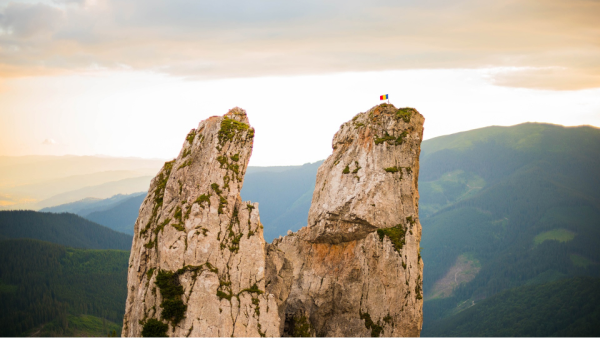 Are you traveling to Suceava?

The town has some noteworthy attractions of its own, including Saint George’s Church, a UNESCO World Heritage site, the Bucovina Ethnographic Museum, with its valuable folk costumes collection and traditional items exhibits, and Suceava’s main tourist site, the remains of the Princely Court.
Other sights in Suceava include the 14th century Mirauti Church, the Zamca Monastery and the Bucovina Village Museum, dedicated to the woodcraft, ethnography, history and folk art of the region. The Bucovina History Museum displays medieval armor, coins, weaponry, tools and ancient documents. Visit these archeological and historic gems before heading to the painted monasteries area.

The oldest church in Suceava, Mirauti Church was founded by Petru I Musat in 1375. Until 1522 it served as the Moldavian coronation church. It was here where Stephen the Great was crowned Prince of Moldavia in 1457 after receiving the bishop’s blessing. The church was restored between 1898 and 1901, preserving the original design.

Cetatea-de-Scaun-a-Sucevei
Built by Petru Musat at the end of the 14th century, the fortress was later enlarged and strengthened by Alexandru cel Bun to hold off invading Ottoman Turks. Stephan the Great (1457 – 1504) added the moat, 105-foot-tall defensive walls, and defensive towers that enabled it to withstand the artillery of Mehmmed II, conqueror of Constantinople. The fortress was finally blown up by the Turks in 1675. Today, visitors can tour the remains of the impressive fortifications and take in a great view of the city.

Princely Inn (Hanul Domnesc)
Address: Str. Ciprian Porumbescu 5
One of the oldest buildings in Suceava, featuring thick stonewalls and vaulted ceilings, the inn served for a long time a favorite meeting point for the noble court as they returned from hunting in the thick forests of Suceava; hence its name, the Princely Inn. The ground floor dates from the beginning of the 17th century, while the second floor dates from the 19th century when it served as a hunting lodge during the period of Hapsburg rule. Today, the Princely Inn is home to the Bucovina Ethnographic Museum.

Saint George’s Church / The Monastery of Saint John the New
(Biserica Sf. Gheorghe / Manastirea Sf. Ioan cel Nou)
Address: Str. Ioan Voda Viteazul 2
Open: Mon. – Sun. 8:00 a.m. – 8:00 p.m.
Admission charge
Built by Bogdan the 3rd and his son, Stefanita Voda, between 1514 and 1552 to serve as the Metropolitan Church of Moldavia, St. John the New Monastery is nowadays the seat of the Archbishop of Suceava and Radauti.
St. George Church houses the relics of Saint John the New, brought to Moldavia by Alexandru cel Bun in 1415. The relics are placed in a silver casket, richly decorated with scenes from the saint’s life. The outstanding exterior frescoes of the church, illustrating scenes from the Old and New Testament, were completed in 1534 during the reign of Petru Rares, a glorious time in the era of religious murals.
The style of St. George’s frescoes resembles those at Moldovita and Humor. Although only some parts of the Hymn of the Dead, the Tree of Jesse and the legend of the Prodigal Son can still be seen on the southern wall, the church is nonetheless impressive, especially due to its mosaic roof and belfry tower.
In 1691, moats were dug around the protective walls on a star-shaped plan by the order of King Jan Sobieski of Poland, giving the complex its name. Zamca means fortified place in Polish.

Zamca Monastic Complex
Located at the west end of town, this fine architectural complex was founded by Armenians exiled in Moldavia. The church dates from the 17th century.
According to an inscription, the bell-tower was built in 1606.

Built by Petru Rares between 1534 and 1535, this stone church displays some rather impressive dimensions. Its interior frescoes, dating from the 16th to 19th centuries, have recently been restored. The church serves as resting place for Bogdan, the son of Petru Rares, and a series of important Moldavian boyars.
The belfry tower, dating from 1560, was for a while the tallest structure in the city, serving as a firefighter tower in the 19th century.

Jewish Suceava
One of the earliest sites of Jewish settlement in the region, Suceava was already home to an established community at the beginning of the 16th century. Some 18 synagogues and small Hasidic prayer rooms were in use before World War II, the majority of them taken down during the 1950s’ communist ‘urban renewal’ period. Only one synagogue still stands today, beautifully preserved, along with two Jewish cemeteries.
Impressive tombs from the late 19th and early 20th centuries can be seen in the newer Jewish Cemetery (located at Str. Parcului 6). The Old Jewish Cemetery (located on Str. Stefan Tomsa) with its elaborately carved tombs bearing traditional Jewish symbols, dates back to the 16th century, making it one of the oldest in Moldavia.

Gah Synagogue
Address: Str. Dimitrie Onciul 7
Richly decorated on the interior with symbolic representations of the Tribes of Israel and views of Jerusalem, this is the only remaining synagogue still in use.
Suceava Jewish Community (Comunitatea Evreilor din Suceava)
Address: Str. Armeneasca 8
Telephone: 0230 213.084 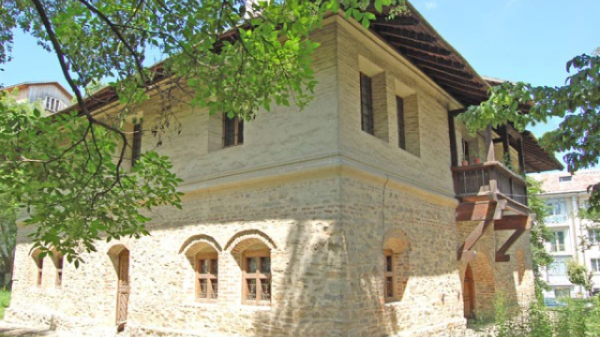 Housed in the 16th century Princely Inn (Hanul Domnesc), the museum features a comprehensive collection of folk costumes, domestic tools, crafts and other traditional items from several regions of Bucovina. 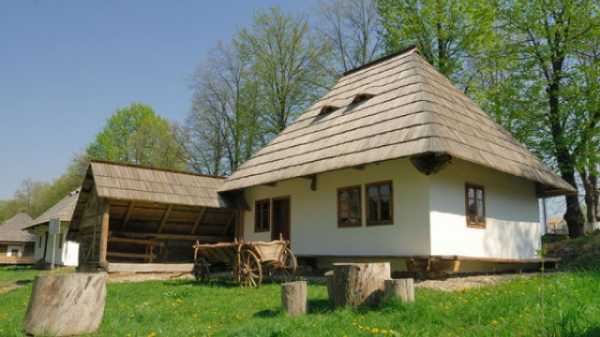 Located nearby the Royal Court, this open-air museum features a collection of 80 buildings representing the history and design of Bucovina’s rural architecture, including a small 18th century church from Vama and a typical water mill from Gura Humorului.

The Painted Monasteries of Bucovina 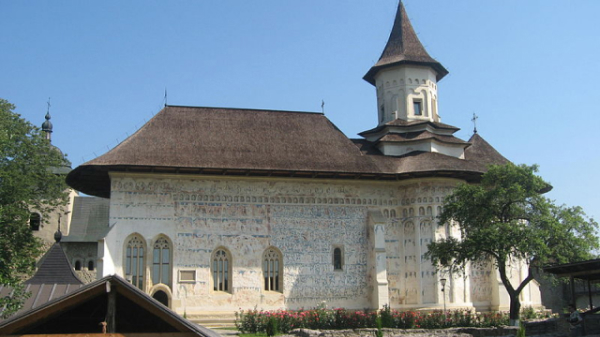 The easiest way to visit the Painted Monasteries is by car; a 30-minute drive (or less) separates one from another. Excursions and day trips are also available from Suceava and Gura Humorului. Independent travelers who prefer not to rent a car or hire a private guide can take a ‘guaranteed departure’ tour of the Painted Monasteries offered by local tour operator Hello Bucovina.

Given that there are plenty of tourist attractions not only in the city of Suceava but also outside it, Enterprise Rent a Car proposes to rent a car to simplify the next trips. at us, you can enjoy cheap car hire in Suceava, personalized according to your travel possibilities and needs. Whether you are traveling alone or in the company of several people, Enterprise Rent a Car has the right solution in terms of car rental, both short and long term. Choose a best hill and discover the city at will!

Not to miss in Suceava

Cotnari Vineyards (65 miles southeast of Suceava)
Located in the small village of Cotnari, the Cotnari vineyards are famous for their delicious sweet white wines made of grapes rich in sugar and harvested in late autumn following the first frost. The quality of these wines relies on a combination of rich soil, the late harvest and the presence of a special mold (Botritis cinerea). The winery’s most popular wines include Francusa (dry), Catalina (semisweet) and the sweet, golden Grasa and Tamaioasa dessert wines. The most popular brand, “Grasa de Cotnari,” is an excellent white wine often referred to as the “golden nectar.”

Suceava Ștefan cel Mare International Airport is an airport serving the city of Suceava, Romania. It is located in Salcea, 12 km east of Suceava, and 30.5 km west of Botoșani. The airport is named in honour of the Prince of Moldavia Stephen the Great.
Address: Orașul Salcea 727475
Cod: SCV
Phone: 0230 529 999